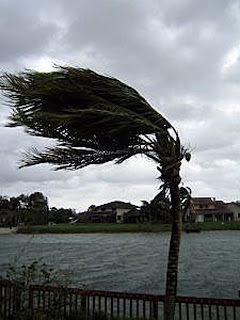 The forecast for the 2009 hurricane season predicts a calmer summer than we’ve usually had in the past decade or so. But very powerful storms have formed in summers that have been otherwise very quiet.

That’s slightly above the average for hurricane seasons since 1851. The National Oceanic and Atmospheric Administration’s website says that an average of nine tropical storms, five hurricanes and two major hurricanes have formed each summer for the past 158 years.

But a quick look at NOAA’s hurricane archives reveals some worrisome statistics about below-average hurricane seasons.

Only Hurricane Camille, which became the second-most intense storm to make landfall in 1969, came out of a very active season. That year, 18 tropical storms formed.

There’s more unsettling info among the list of other very intense hurricanes that have made landfall in the United States.

Powerful and deadly hurricanes also formed in seasons that saw exactly the same activity as is predicted for this year.

I don’t know that there’s a correlation between quiet hurricane seasons and very intense storms. But this list of murderous monsters that blew away otherwise quiet summers is a pretty clear indication that residents on the Southeast and Gulf coasts should keep a wary eye on the Atlantic for the next few months.
at 8:42 PM 1 comment: